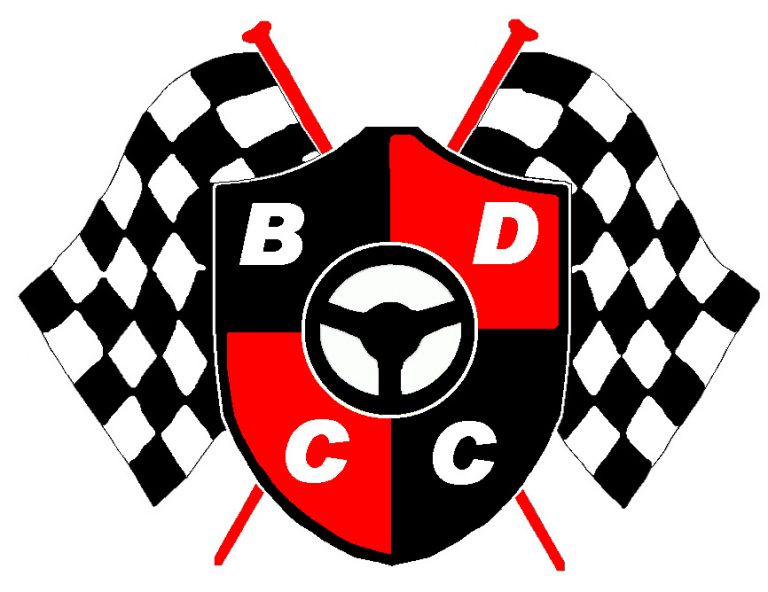 With restrictions easing the BDCC diary is starting to become more stable and sociable. A Saturday BBQ preceded the Summer Breeze Slalom and congratulations go to Simon for organising a superb weekend. 28 competitors braved the hot conditions with Team Evans dominating Class A. Worthy of note is that there were seven lady competitors, a record for the Club. As usual full results can be found on the website.

Jason is organising the third of the Summer Grass Slaloms at Eastbrook Farm on 8th August. Regulations for the Slippery When Wet Slalom have already been circulated and are available on the website. Everyone seems to be coping well with the new on line entry and results system and entries for this event close on Wednesday 4th August. At the time of writing the BBC Weather App is giving rain for the 8th so slippery it will be…….but the BBC is notoriously inaccurate and we shall probably have warm summer sunshine all day.

In addition, the wheels are starting to turn for Andy Street as he is once again taking the Mutley Mayhem Sprint forward. Regs are being drafted and will be released in due course.

The FIA World Motor Sport Games….. or can you get a BDCC polo shirt exposure on the World Stage ?

This story began with an email direct into the personal inbox from MSUK.
“Would you be available to attend a selection process to find a UK representative for the Auto Slalom at the FIA World Motor Sport Games” ? A WhatsApp poll of the Committee revealed that no one knew much about the Games so a quick Google search showed that there had been a World Motor Sport Games in 2019. It was a multi discipline event (racing, rallying etc) and was won overall by the Russians.

The global pandemic dictated that there could be no event in 2020 however in 2021 the event was to be held in October at the Paul Ricard Circuit in France. Auto Slalom or as we would know it Auto Solo is to be one of the disciplines introduced this time around. Current production all electric cars would be supplied in France but for the UK selection process BMW Minis would be provided courtesy of MSUK.

As an Auto Solo is very similar to a BDCC Slalom, a total lack of entry fee and MSUK paying for the tyres/fuel, turning up at Finmere Airfield near Oxford seemed a fair idea. The selection was being held as part of an Auto Solo already running by the Oxford Motor Club.

The dress code for such an occasion would have to be a BDCC polo shirt as any publicity is good publicity. But where was it ? A full search of Bailey Towers found nothing, the current Mrs B unconvincingly said she knew nothing of its disappearance. In an old fashioned and very out of date way, its journey from washing basket to wardrobe does rely heavily upon her. Just for clarity, there is no blame implied by this statement and yes, this is out of line with modern equality thinking.

A phone call to Jason confirmed that he had a “Fat Lad” size replacement shirt in stock and a quick seventy mile round trip to collect was all that was needed. There are costs to this so called free Motor Sport !

The following day the polo shirt complete with a flask of tea and a box of sandwiches casually rolled into Finmere at the allotted time.

The organisational side of this shootout came as a bit of a surprise. MSUK staff everywhere, flags, promotional material, camera crew, even the boss Hugh Chambers was in attendance. This was a far bigger deal than first imagined and it would appear that it was going to be quite some event. Perhaps the polo shirt should have been better prepared as it felt slightly out of its depth as it had underestimated what was going on here.

The nice lady from MSUK said the fastest overall male and fastest overall female were to go onto Paul Ricard and represent the UK.
The shirt was then introduced to fellow competitors. Some had traveled quite some distance to be there, Liverpool, Birmingham, London, Kent, Norfolk, Argyle in Scotland and one from Northern Ireland.Ten had been invited to attend (although one dropped out at the last minute) and all were up for the challenge.

They were a friendly bunch of like minded people, easy to get along with and happy to discuss their events at home and their particular car set ups.

Worryingly the chap from Northern Ireland was wearing an “Auto Test drivers of Ireland” polo shirt and the name Mark King rang a bell. A sneaky Google of the name reveled he was either the bass player of Level 42 or an autotester. The size of the problem ahead very soon became very apparent. Check out “Mark King Autotest” on YouTube and watch that Vauxhall Nova dance.

Mark even had an entourage of helpers with him, all equally interesting in conversation.
They had been competing in the Larne Motor club autotest in Northern Ireland on the Saturday, driven to Dublin, caught the overnight ferry to Holyhead and arrived in Oxford for 10am Sunday morning. He planned to reverse the journey and be back in time for work Monday – these guys were taking this very seriously indeed and were here to win !

MSUK provided two totally standard BMW Minis and fitted new tyres to both. To ensure an even playing field each driver was to use both cars and the total time after three runs of the course would decide the winner. Inevitably Mark King won however the BDCC polo gave him a good run for his money and finished second, or first loser, by exactly one second overall. As we know, every lift off the loud pedal is a second lost and in one big sideways slippery moment any chance of a win was probably lost.

The press release from MSUK spoke of “the best Auto Solo drivers from around the country” gathered at Finmere. Wrong. This is a clear case of creative writing and the truth not getting in the way of a good story. None of the BTRDA Auto Solo front runners were there.

As first reserve, the BDCC polo has a chance of going to Paul Ricard bit it would take something untoward to happen to Mark. He was told not to walk under any ladders just in case.

What became apparent is that the driving standards at our local club events can rival those riding high at the top of the game. Even more reason to come along and have a go yourself. If you can bear to watch it there’s a 1minute 48 second video on YouTube. Search “MSUK shootout” or find it on the BDCC website.