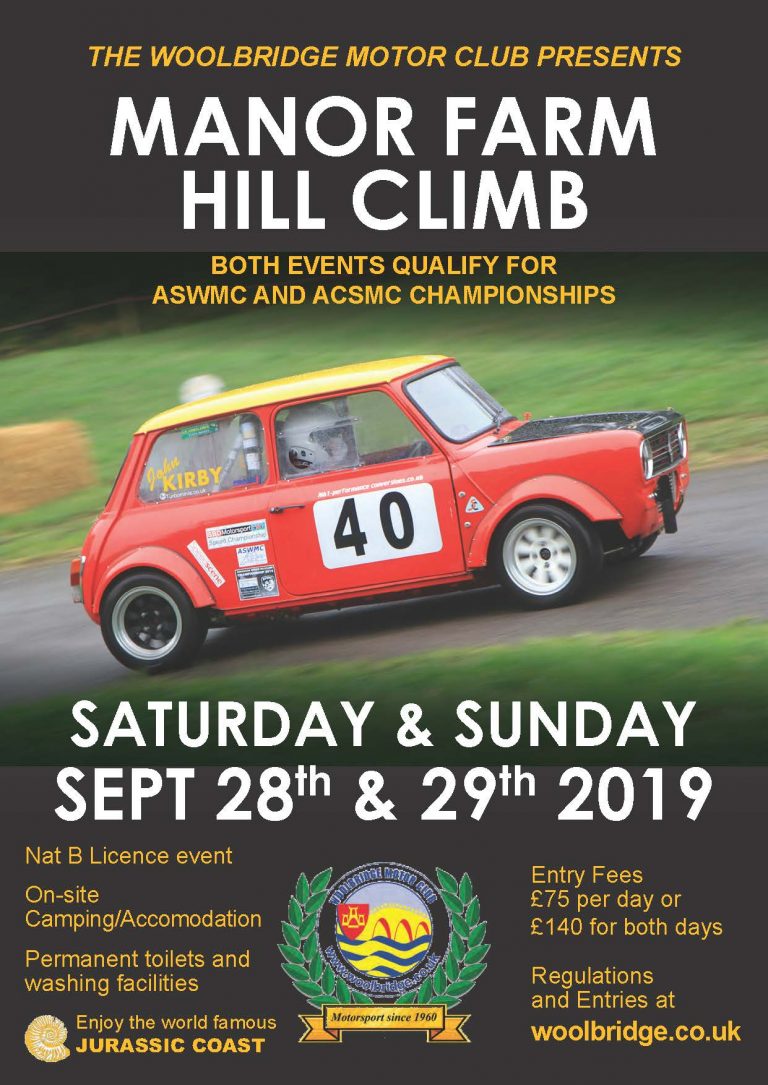 I visited the Manor Farm venue on Wednesday morning and met with John Howard and the land owner.

On inspecting the hill I found the lower paddock very wet and soft and when driving over it water was coming to the surface, the overall lower grass part of the hill was also very soft. The top paddock was very wet and soft especially on the lower part where cars drive across to access the paddock out area and the camping and motor bike paddock was the same as the rest of the area. With more rain forecast over the next few days and heavy rain all day on Sunday to come.

After talking with the venue owners the decision was made to cancel on the following basis.

Bottom paddock would have turned into a mud bath very quickly (we would have been putting 320 cars plus bikes per day through this area) the mud would then have been dragged on to the lower part of the hill.

Top paddock would have deteriorated very quickly with cars running over it taking mud on to the hill; I also had a big concern about cars returning back to their paddock space from the top of the hill when the grass was cut up and no grip.

We have a Duty of Care for all people on site competitors, officials, marshals and family and friends.

Damage that would have been done to the site setting up and putting out 120 large hay bales driving on the grass to put each on in place and then picking them up again at the end of the event. We have a duty to hand back the venue in a reasonable condition as it will still be used as a camp site during the next few weeks.

The amount of hard work the marshals would have to have done to try to keep the hill clean and safe for all involved.

This was a very hard decision to make but at the end of the day we do this for enjoyment and fun, there is no fun in pushing cars in mud or setting slow uncompetitive times, competitors will be contacted in the next few days to arrange entry refunds in full.

Thank you for your support, see you next year.